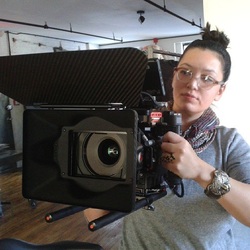 Director/Filmmaker Adele Free Pham is an omnifarious filmmaker with experience in all aspects of production. Her feature documentary Nailed It, about the genesis and culture of the Vietnamese nail industry, is the highest streamed film of PBS’ America Reframed, the recipient of a 2020 Telly Award, and now available to stream on Tubi. In addition to directing Scent of the Delta in Fall ‘23, Adele is producing the feature documentary STATE OF OREGON, which contextualizes the 2016 murder of Larnell Bruce Jr. by a white supremacist in Oregon to the state's founding as a white seperative  homeland state, in one of the most politically conflicted times in American history. The State of Oregon short was produced by Field Of Vision.

​Editor Jessica Windt loves the entire news and documentary process from finding the story to putting it together in the edit room. For the past four years she’s been producing and editing reports for the PBS NewsHour about public education in America. Her passion for video storytelling was discovered while interning with long­time documentary filmmaker Roger Weisberg. Since then she’s been dedicated to work that informs public policy and the understanding of the human experience. “Resilience” an award­ winning feature documentary about the impact of international adoption; “Rebirth: New Orleans” chronicles the rebuilding of New Orleans’ public school system after Hurricane Katrina; and “The Prep School Negro”, a feature documentary directed by Andre Robert Lee where she first met “Nailed It” director Adele Pham in the edit room, explores race and class within the privileged Prep School environment, aired nationally on PBS in 2013. 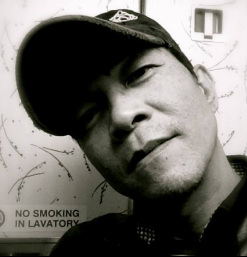 Co-Producer, Kelvin Saint Pham, is the creator and producer of VietNAIL.TV, the first Vietnamese nail TV show dedicated to elevating the Vietnamese-American nail community. He has been in the nail industry for 20 years and is a well-known nail professional, salon owner, educator, and consultant. He is also owner and operator of St. K Nail Salon in Los Angeles, CA, which he founded in 1992.  Kelvin has traveled the world teaching and sharing his passion for the nail industry to other nail professionals. 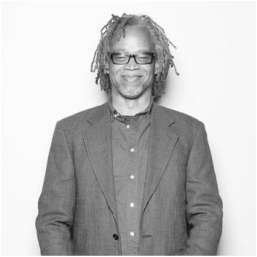 Consulting Editor Lewis Erskine is an Emmy Award ­winning editor with many years of experience and outstanding documentary films to his credits, including American Experience: Freedom Riders, Jonestown: The Life and Death of Peoples Temple, American Experience: The Murder of Emmett Till, Ken Burns’ Jazz, and most recently Ken Burns’ Jackie Robinson. He is currently teaching editing at Tisch School of the Arts at NYU and was Adele's first editing professor, pre Obama!